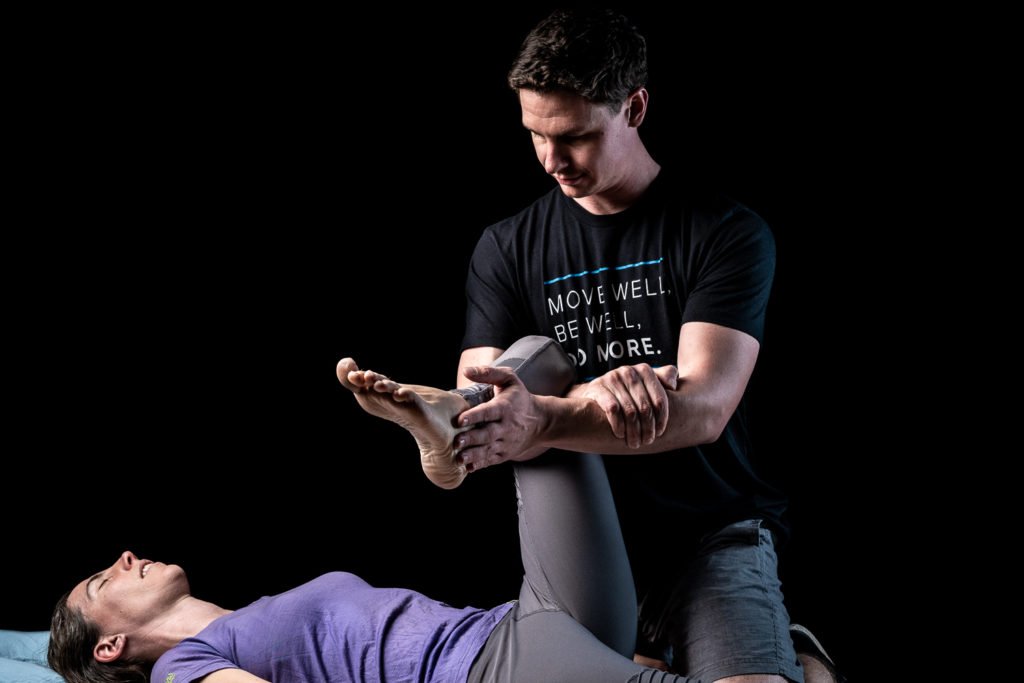 MOVE WELL, BE WELL, DO MORE.

Our team of Massage Therapists and Acupuncturists in The Berkshires have the ability to get you back to your best self.  Our therapists have over 30 years of combined experience treating various ailments. Our Massage Therapists us a technique called Neuromuscular Therapy.  Were are dedicated to helping you heal without the need for expensive medication and invasive surgeries. When you work with our team at Optimal Wellness, we can guarantee the quality of your treatments. 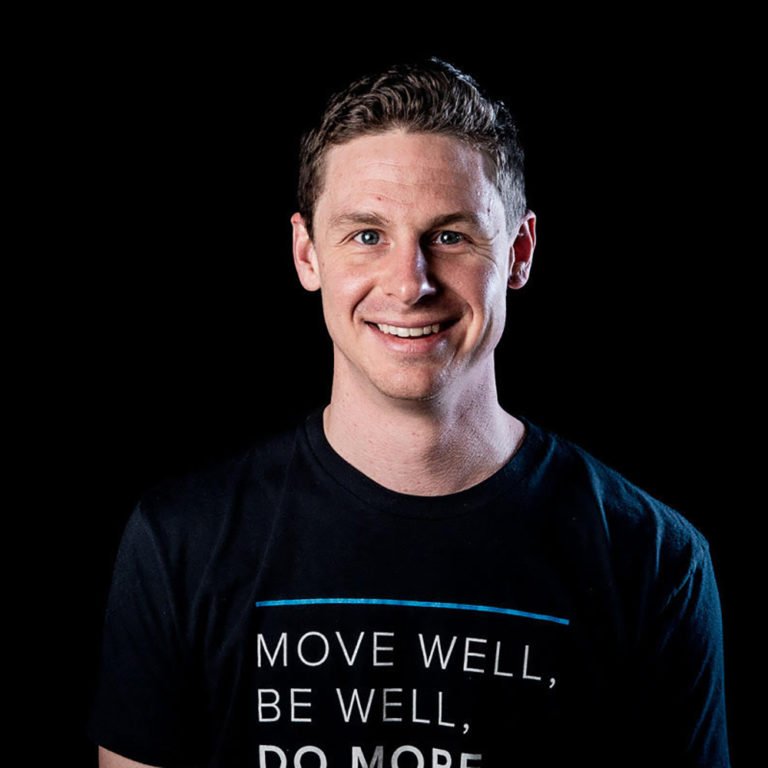 Optimal Wellness owner, Jake, became a massage therapist in 2011. As an avid Colorado ultramarathoner and climber, he started out working with professional athletes in his community to relieve chronic pain, muscular dysfunction, and lagging recovery times. Looking for a deeper understanding of the root causes of physical issues, Jake trained with top practitioners to develop tools and therapy techniques that would allow him to take a more holistic approach to mobility, wellness, and movement to the next level. After nearly a decade of practice, he now works with all types of clients looking to improve their quality of life through massage therapy. He regularly teaches mobility seminars for other bodywork practitioners to spread the message of optimal function and good health. While Jake is not helping clients reach their wellness goals, you can find him trail running in the mountains or training for his next big ultramarathon. 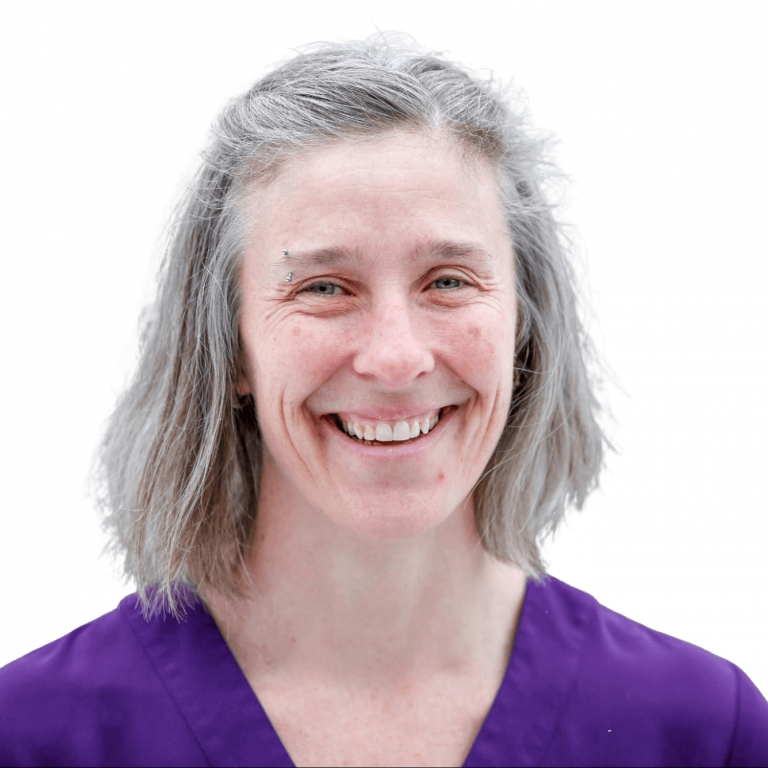 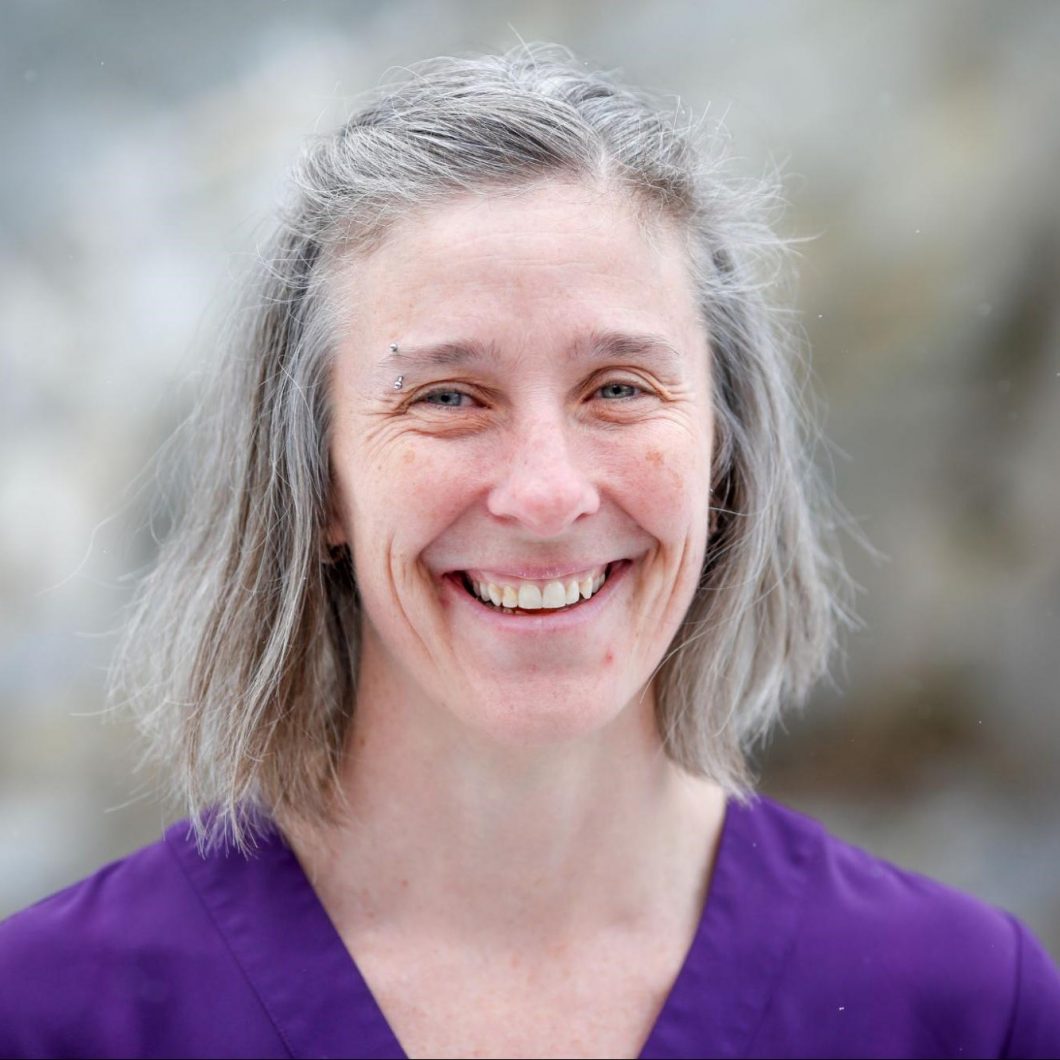 Kristy is a Berkshire County native who grew up in Lanesborough until she graduated from Mt. Greylock High School in 1996. She has been working in the bodywork field for almost two decades.

She completed her bodywork studies at The Muscular Therapy Institute in 1999 which teaches the Ben Benjamin system of Muscular Therapy. After this she proceeded to get her BS in Marine Biology from Roger Williams University in Bristol R.I. As much as she loved the area of Marine Biology it could not compare with the rewarding field of massage therapy. Kristy realized that through massage therapy she could help her clients feel better during a single massage session and through developing a recovery plan the clients quality of life could dramatically increase.

Over almost 20 years of massage therapy Kristy has combined a variety of bodywork into her own style of deep tissue massage. She has spent most of her career running her own business in Vermont and a year and half ago moved back home to the Berkshires. She currently lives in Lee with her wonderful husband, three beautiful kids, two amazing dogs and one fluffy bunny. Kristy enjoys her time being with her family and working with her husband to restore their Victorian home to its former glory. 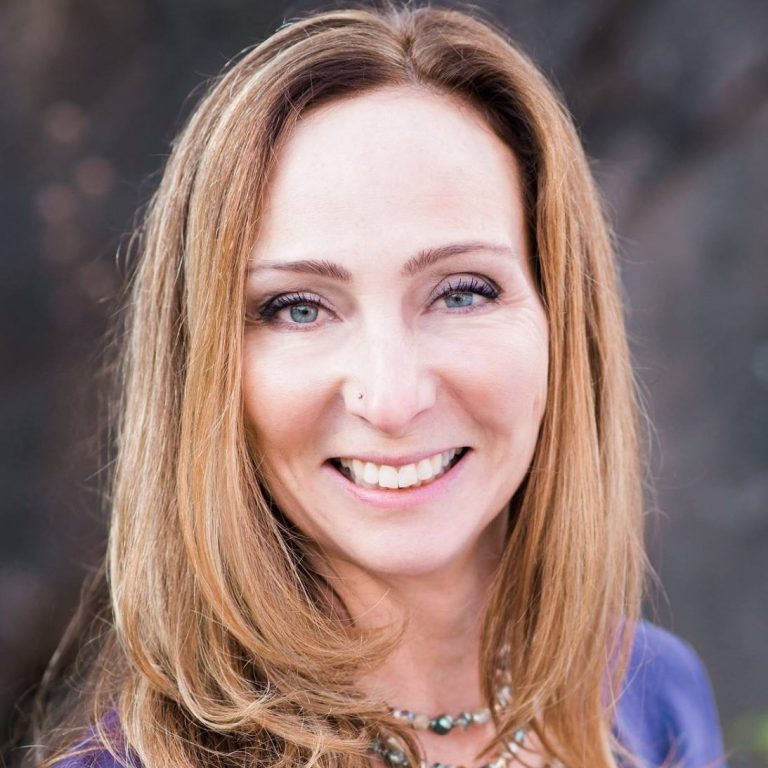 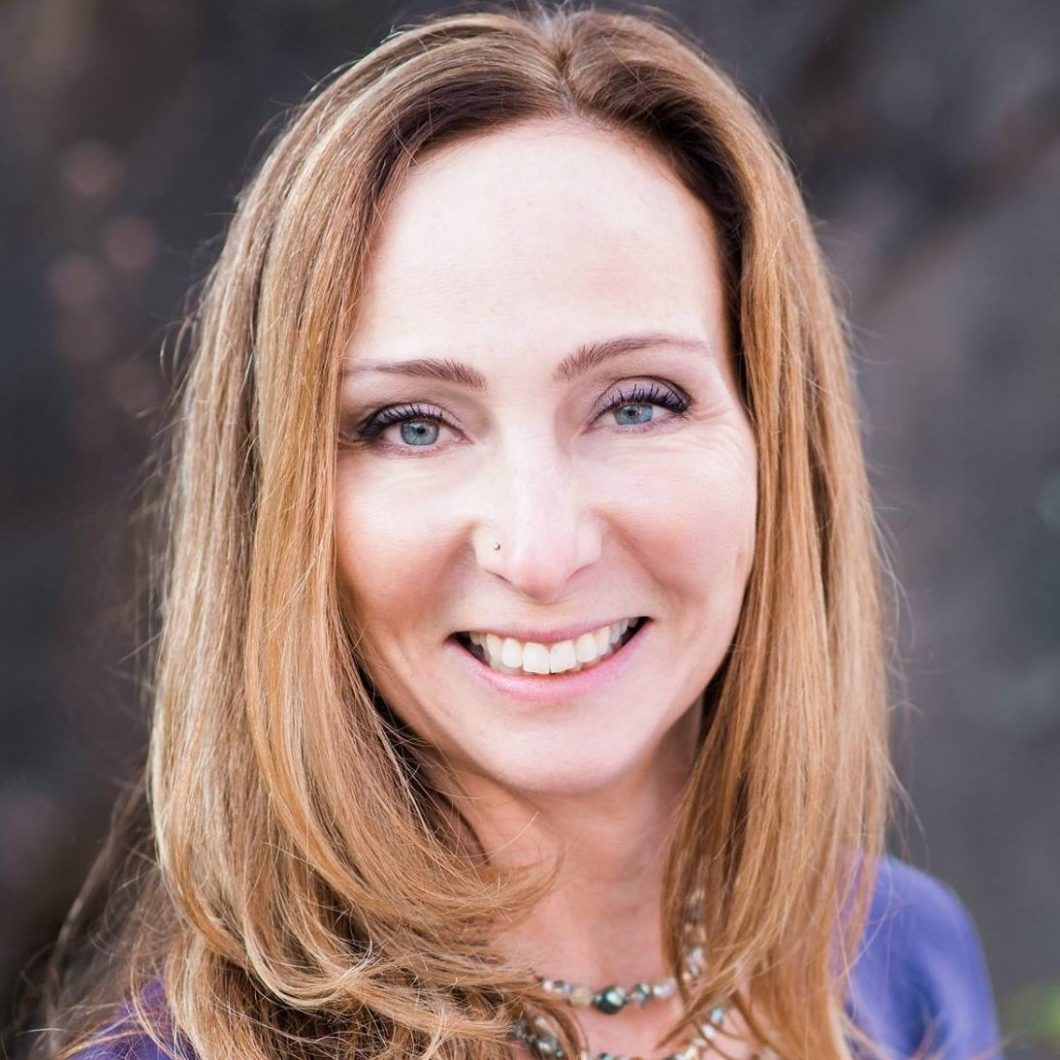 Elaine Ireland has worked in the fitness and wellness industry for over 30 years; she brings one of the most diverse and integrative professional backgrounds in Berkshire County to Optimal Wellness. Certified both as a Functional Fitness Trainer and Licensed Massage Therapist, Elaine epitomizes the best of integrative wellness practices to bring truly unique, meaningful and lasting results to her clients.

In addition to her traditional roots in massage therapy, Elaine is a Certified CranialSacral Therapist through the Upledger Institute, a Metagenics Lifestyle Educator and a practitioner of Eric Dalton’s pioneering work at the Freedom From Pain Institute and a Trained Pilates instructor.

As a personal trainer certified with ACE, Elaine combines functional training with traditional weight training with an emphasis on mind-body connection. Her specialty is working with clients to correct imbalances in the body that lead to injury and including self care for full recovery after each session.

Combining her many disciplines of massage and personal training, Elaine takes a holistic approach to wellness, with the intent of providing a truly customized and unique plan for each client. In order to best accomplish this, Elaine keeps herself well enmeshed in the ever evolving fields of fitness and massage Therapy.

Elaine leads the healthy lifestyle that she advocates to her clients and is dedicated to sound nutrition and fitness. She has an amazing family and 12 grandchildren! She runs two Airbnb spaces and loves to cook with her personal chef, her loving supportive husband John. Elaine enjoys traveling adventures with her husband who builds zip-lines and adventure parks all over the world - Someone has to test them, right? 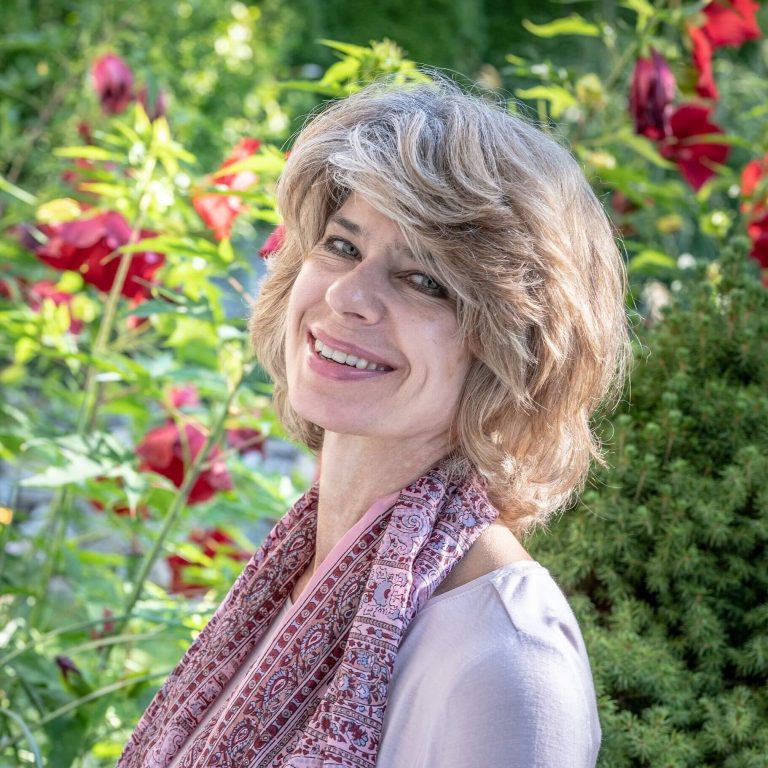 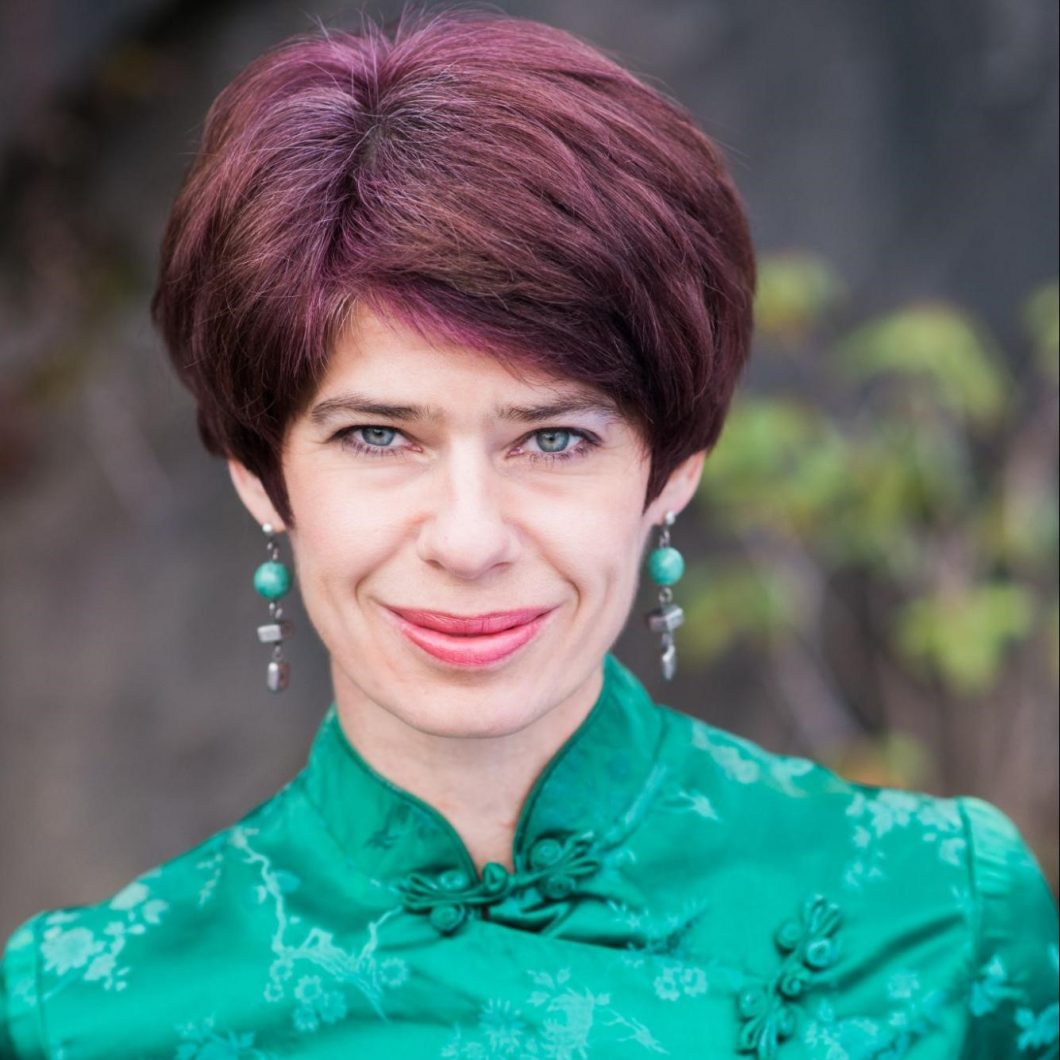 With an extensive background in acupuncture, fitness, herbalism, and energy medicine, Kelly has been a force for positive change and healing in the lives of thousands of clients seeking solutions for pain and stress management, weight loss, hormonal imbalances, neurological conditions, digestive disorders, autoimmune diseases, dermatological issues, and more.

Kelly is a passionate health coach who is endlessly inspired by helping others find balance and implement small changes that have a big impact on the quality of their physical, emotional, and spiritual well-being. She developed a keen interest in Chinese language and culture during her undergraduate studies at Whitman College in eastern Washington State, and went on to earn her 4 yr. master’s degree in Traditional Chinese Medicine from the American College of Chinese Medicine in San Francisco. She speaks Mandarin, and is a licensed acupuncturist and Chinese herbalist in Massachusetts, New York, and California. From 2004 to 2007, Kelly lived in Suzhou and Shanghai, China, where she received extensive advanced clinical Chinese Medicine training in several local hospitals, treating often more than 75 patients per day!

In addition to her Chinese medical expertise, Kelly is trained in a style of mind-body therapy (popularized by the famous Dr. John Sarno as well as Dr. Howard Schubiner whom Kelly studied with) that is highly effective in eliminating underlying emotional blockages that trigger all kinds of chronic symptoms from back pain, to migraines, to dizziness, and digestive disturbances. She loves counseling her patients about lifestyle and dietary habits that contribute to imbalances, and supporting them to become fully involved in their own healing process.

Kelly is a certified instructor of Dragon’s Way Qigong®, which is particularly helpful for people suffering from low energy, stress, and excess weight. A founding member of Pittsfield Community Acupuncture, Kelly has worked in several locations throughout Berkshire County. She is also a prolific writer, with numerous articles appearing in both American and Chinese publications, including The Berkshire Times (formerly Our Berkshire Green). She is currently working on two different non fiction book projects.

Originally from the Pacific Northwest, Kelly is a former gymnast and Pilates instructor. She has lived in the Berkshires since 2006, and enjoys hiking, biking, martial arts, photography, writing, calligraphy, trying new variations of green tea, and playing chess and fishing with her teenage son. A self-identified “bunny person,” she has taken in more than a dozen rescue rabbits over the years. 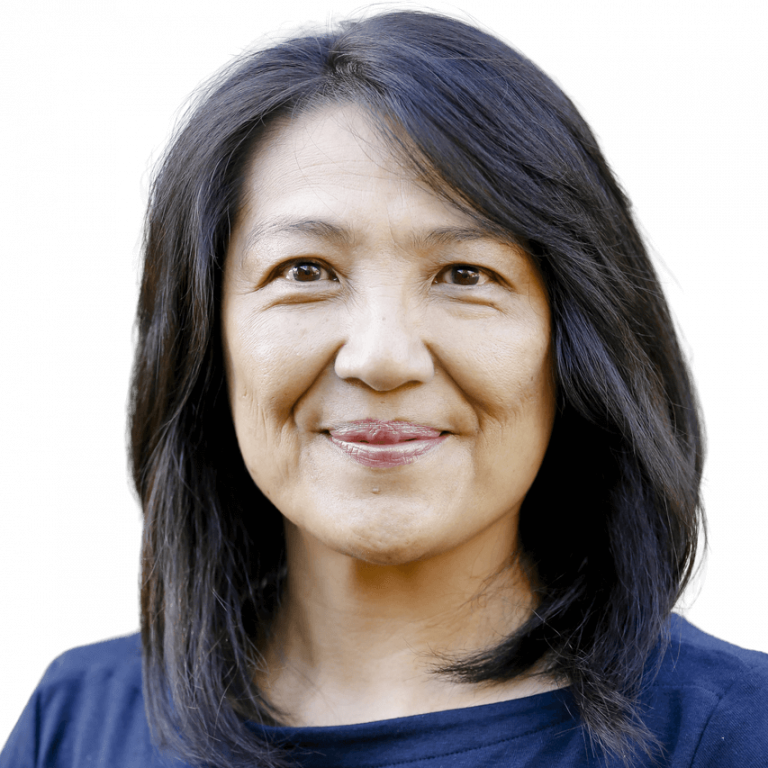 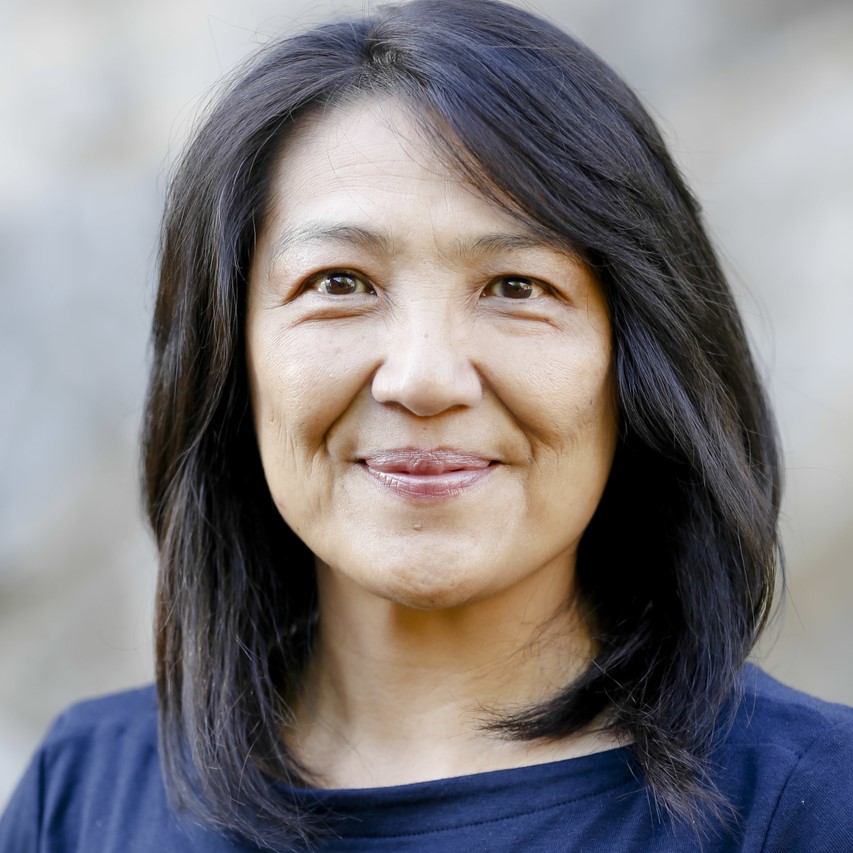 Miwaka is a graduate of Texas Health and Science University in Austin, Texas. She is licensed by the Board of Registration in Medicine in the state of Massachusetts. She is also Nationally certified by the National Certification Commission for Acupuncture and Oriental Medicine (NCCAOM) in the USA.

Miwaka has been practicing acupuncture for more than twenty years. She specializes in Japanese Toyohari Acupuncture. She has had the privilege of studying under Steve Birch (UK) and Junko Ida (Japan) at the Japanese Acupuncture Center in Amsterdam, the Netherlands. She is also one of a select few interpreters for the Toyohari Acupuncture Association, helping translate from Japanese-English and English-Japanese during master workshops with senior Japanese instructors in Europe and the USA.

Miwaka is also a Licensed Massage Therapist in Texas and a Licensed Esthetician in Massachusetts. She holds certificates in Holistic Health Education and Yoga Instruction from Kripalu Center for Yoga and Health. She is a 2005 graduate of Byron Katie's school for "The Work".

She holds various nutritional certificates such as Raw Food Lifestyle from the Ann Wigmore Institute in Puerto Rico and the Level II Macrobiotic Certificate from the Kushi Institute of Europe in Amsterdam, the Netherlands.

Miwaka combines her unique skills, knowledge and insight together to provide a deep and rich healing experience for her clients. She works in collaboration with her clients to facilitate positive change and bring about overall health and well-being. Taking an integrative approach to health care, she treats each client as a unique individual.

Every client's concerns, needs and goals are continuously listened to and readdressed in order to provide the best possible care by treating the whole person: body, mind and spirit. She works to empower each client towards health in a safe and supportive healing environment.

We begin with a 30 min intake session where you provide us with the knowledge to draft an effective treatment plan.

The intake phase is followed by an assessment phase that revolves around us getting a better understanding of what’s causing pain or restricted movement.

And finally, we treat the root cause with corrective exercises that promise to improve tightness, imbalances, and range of motion.

Optimal Wellness offers a variety of massage therapy and acupuncture services to help you feel your best.